When you are the World’s Largest Truckstop, you have to find a bakery that is up to the challenge of making a truly amazing cake. Carlo’s Bake Shop of Hoboken, New Jersey accepted that challenge and is creating a masterpiece cake for Iowa 80 Truckstop’s 50th Anniversay.  “Every great party always has cake.  We wanted to make sure that the cake itself was great too!” says Delia Moon Meier, Iowa 80 Truckstop senior vice president.

Mauro Castano, a pastry chef on TLC’s hit show Cake Boss, is excited to be creating a replica of the World’s Largest Truckstop out of cake, icing & fondant. “We’ve done life-sized cars, we’ve done transformers that weighed thousands of pounds, but replicating the World’s Largest Truckstop is a whole new ballgame.  We’re very honored Iowa 80 trusts us to make the cake for such a momentous occasion,” says Castano.

The cake will be served on Friday, July 11th at 2:30 PM in the Iowa 80 Truckstop Super Truck Showroom as part of this year’s Walcott Truckers Jamboree. The public is welcome to come out to see the cake and have a slice. “I can’t wait to see the cake,” says Moon Meier. “Working on it and planning for it has been fun! I heard they make the best tasting cakes in the world! Nothing but the best for our customers.” 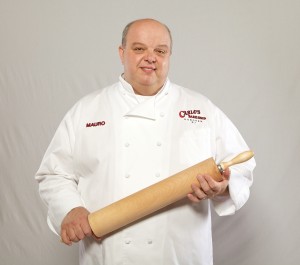 Iowa 80 Truckstop opened its doors on June 4, 1964 in a small white enamel building with two diesel pumps, a restaurant and a small store. Iowa 80 has been open 24 hours a day, 7 days a week ever since; never, ever closing.

The 35th Annual Walcott Truckers Jamboree, will be held July 10-12, 2014 at Iowa 80 Truckstop, I-80 Exit 284, Walcott, Iowa. Admission and parking are FREE!  Shuttles will be provided from the parking area to the event grounds.